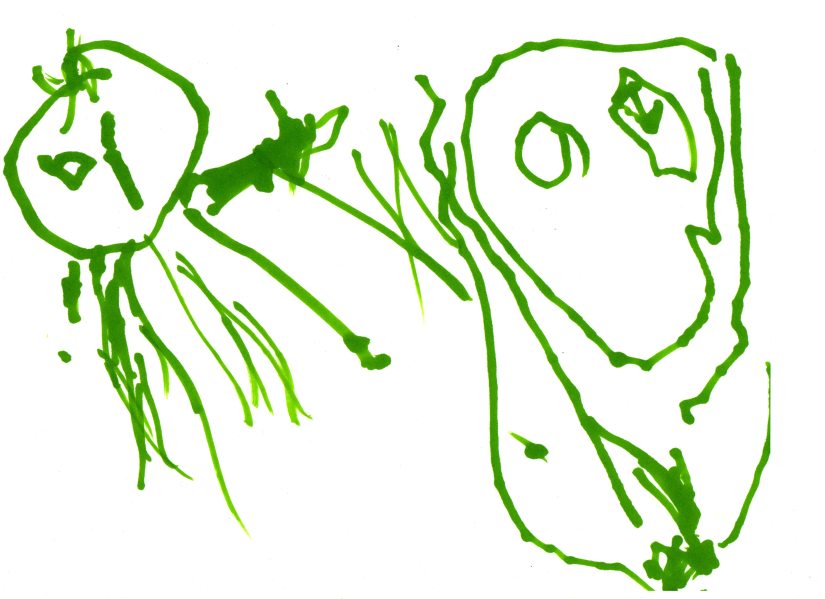 After seeing a Chuck Jones exhibit Mabel was interested in drawing the Grinch (The upper left figure) which she narrated as she drew. “I’ll draw the eye first.” she said as she made the eye on the left that resembles a lower case b. “What about the second eye” I asked. She responded by drawing the other eye that one might mistake for a nose. I suggested drawing the neck next which is located just below the eyes. She proceeded to draw the arm which is the filled in limb coming out of the Grinch’s left cheek. Some of the lines coming out from the bottom were drawn earlier than the Grinch and the rest are feet. The right side image is as Mabel calls her… “The little girl” She means Cindy Lou Who. This was one of Mabel’s most deliberate drawings yet!

View all posts by Chris Monday