The top drawing is Mabel’s which she titled, “You and Me and my friends”. When she started drawing it she said it was an R. (R is our letter of the week.) But when she noticed it looked like a Q she said it was a Q. (Which was our letter two weeks ago.) The Q was when it was just an upside-down purple Q. Then she added all the rest. She titled it “You and Me” then I reminded her that it was originally an R, then a Q and she changed the title to what it is now……also I see a little face in the middle. Pretty cool.

The middle drawing is by one of Mabel’s friends, Shivani. We knew her from Athens and her mom Timi. I showed Shivani a comic of Mabel and I and her face lit up and she said, “I’m going to draw a comic of you and Mabel.” First she drew us on the beach and next she drew us playing in the ocean. This is the one displayed in the middle above. The figure on the left is me and on the right is Mabel. She’s 4 years old! (Some of what you see on this image is bleeding through from the other side of the page.)

The third drawing is by Helena who we just met today. She goes to school with Shivani so I assume she is around the same age. First she drew the dots in the corners, then the dot in the center, then the lines. She displayed very impressive pen control with careful and deliberate symmetry. 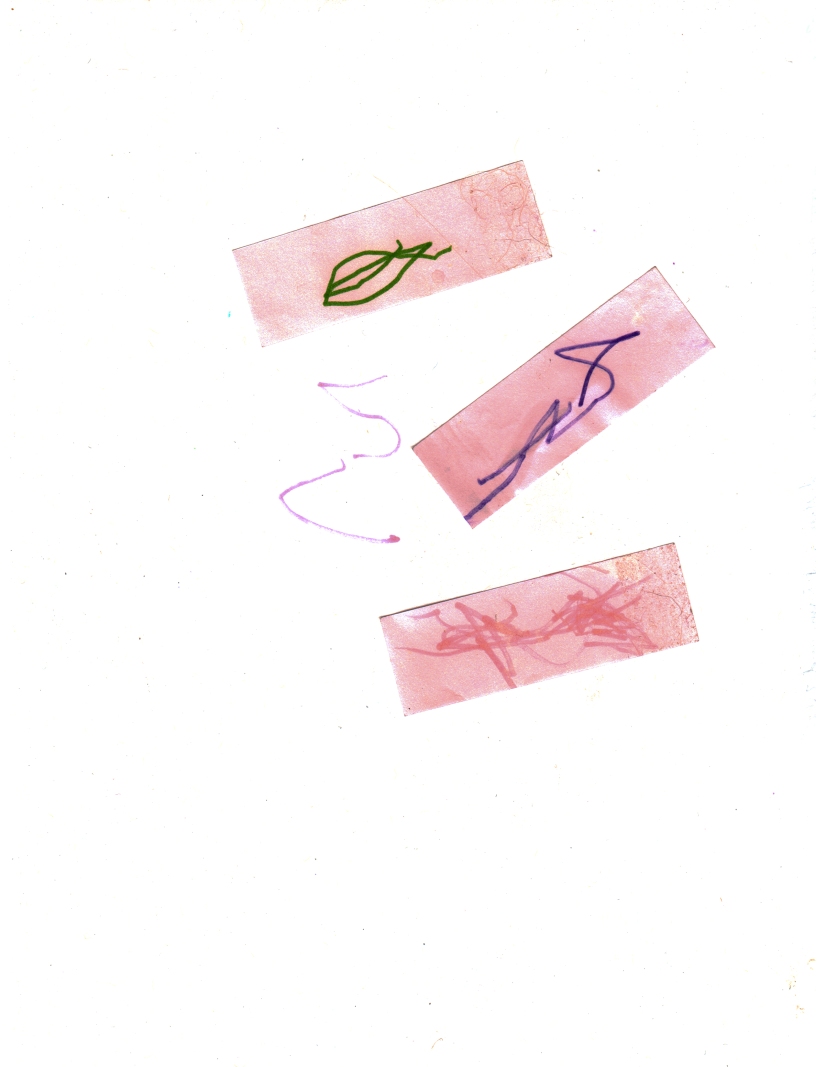 Mabel wanted to draw on these little strips and glue them on last night. Today on the way home from Haiku, Mabel was talking about her family in Athens and saying she loved them when they were all together. I explained that she can love them always and soon after our talk, she titled this piece. 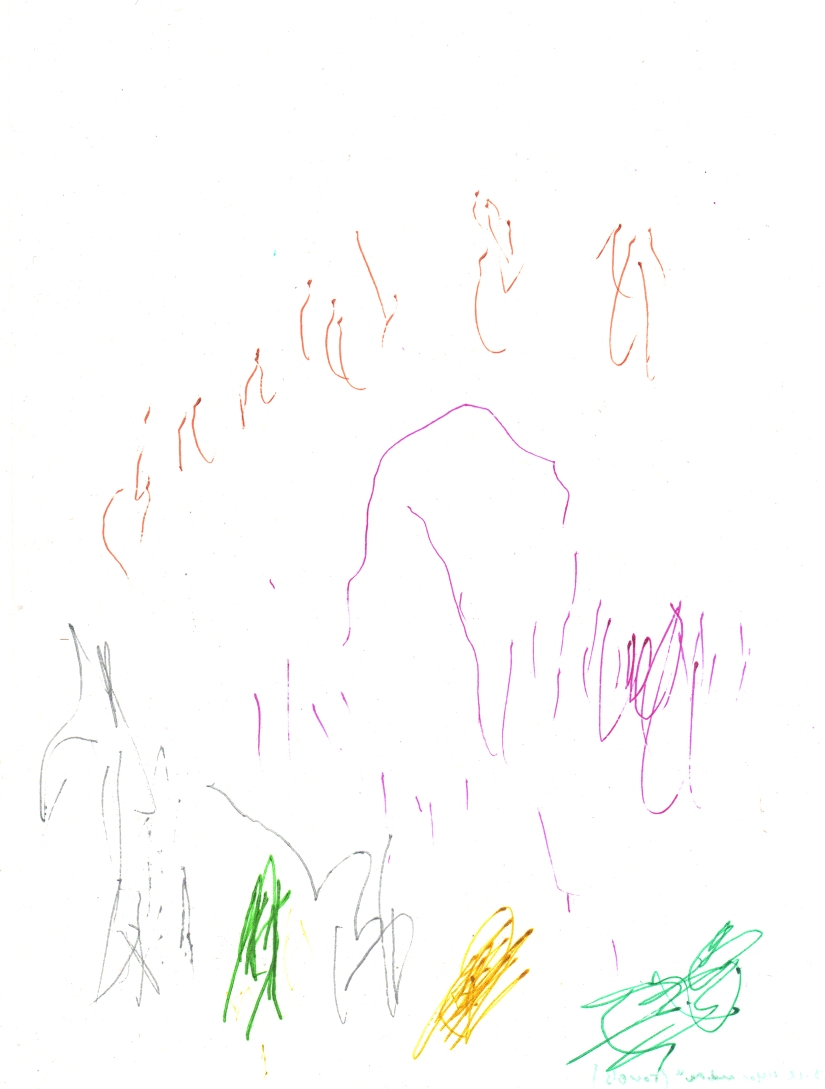 When Mabel started drawing this, she said she was drawing towels. The fuchsia arch in the center was the towel, but when she was done she titled it “You and Me” 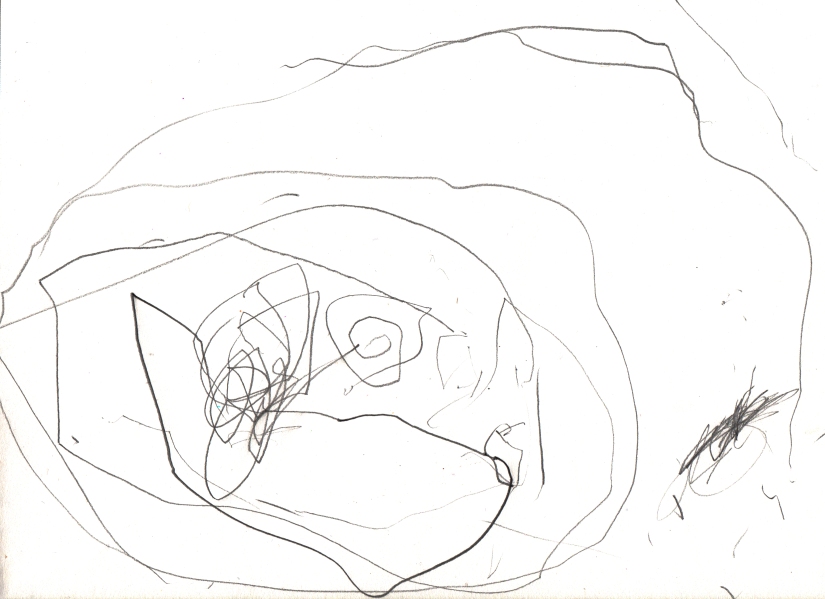 Mabel chose sushi as our lunch today! What a great surprise. We went to Haiku in the Short North to eat some. While we were waiting Mabel drew a picture of us with sushi, soup and salad. The condensed scribbles on the right is the sushi. The spiral is the salad, the group of scribbles to it’s left is soup, and the dark line coming out of and going back into those scribbles is the other soup. Her and I are randomly scattered throughout the page multiple times.